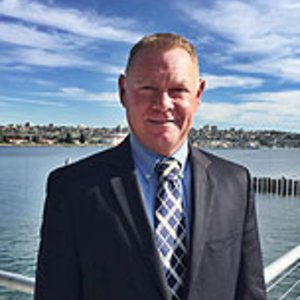 Rob Schroth grew up in San Diego, California until he left to attend college in Northern California. While working for his degree in English at Humboldt State University, Rob worked at Bayside Drywall. After graduation in 1992, he moved to Jackson Hole, Wyoming where he worked at the ski resort in the Carpentry Department by day and in restaurant jobs at night.

Desiring an intellectual challenge, Rob left the beautiful Jackson Hole area to return to San Diego to attend law school at Thomas Jefferson School of Law in 1997. While in law school, he gained valuable experience clerking for his father Bob, until he graduated in 2000.

Recently, he successfully brought two class-action lawsuits in the State of Florida. In 2001, he was appointed to the Criminal Justice Act Material Witness Panel (“CJA Panel”) for the Southern District of California and has continued to serve as a member of that panel to the present date.

In 2002, Schroth & Schroth, LLC was formed making Rob a partner in the firm and the rest is history.

Today Rob Schroth’s work experience in the construction field as well as in the trenches of a busy restaurant allows him to relate to his hard-working clients. Bob and Rob Schroth have real-world experience, unlike most attorneys that have spent their entire lives pushing a pencil across a desk.